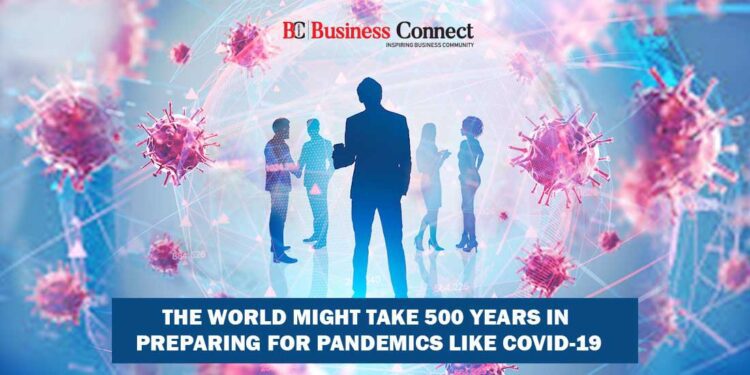 The world seems to take around 500 years to spend on preparing for the pandemics that have caused as much as loss that has been driven by the novel coronavirus disease (COVID-19).

According to the 2nd Global Preparedness Monitoring Board (GPMB) which is a joint arm of the World Health Organization (WHO), the report that is titled as “A World in Disorder” was released recently on September 14, 2020, has called for an urgent action to be taken in order to break the cycle of panic and neglect that has considered as the response to the global health crises in the past. The world might take 500 years to spend on preparing for the pandemics due to the loss that is driven by the novel coronavirus disease.

In many countries, based on science, evidence, and best practice, the leaders have struggled to take up early action. The lacking accountability by the leaders has led to the deepening shortfall in trust that is obstructing the response efforts.

A press statement was quoted by Jeannette Vega, who is a member of GPMB and Chief Medical Innovation and Technology Officer, La Red de Salud UC-Christus, Chile that “The pandemic has shown the fragility of not only our health systems but also our global economy. The impact of COVID-19 has been huge in the world and particularly in my region, the Americas, with a sharp increase in health, social and economic inequities”.

She also added, “Let’s hope that this time we finally learn the lesson and invest in preparedness and public goods for health to avoid similar tragedies in the future”.

According to last year, a warning was delivered by GDMB that the world was unprepared for any real likelihood of a deadly pandemic that is spreading around the globe. The pandemic has already killed millions of people around the world, has disrupted economies, and destabilized the national security.

Age of Innovation, Age of Trinamix

Age of Innovation, Age of Trinamix