FIR against Amazon sellers for printing national symbols on products 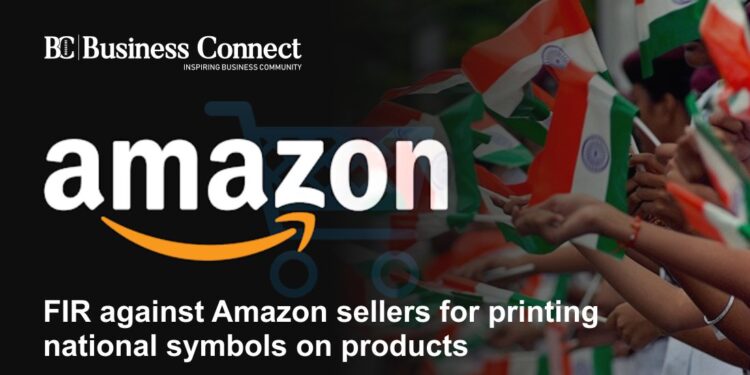 FIR against Amazon sellers for printing national symbols on products

The Crime Branch of the Bhopal Police Department has filed an FIR under section 2 of the Prevention of Insults to National Honour (Amendment) Act and section 505(2) of the Indian Penal Code. The move was taken after state Home Minister Narottam Mishra informed reporters on 25th January that he had asked the DGP to file an FIR against Amazon seller and its owner for allegedly selling merchandise having images or imprints of the tricolour on them.

It has come to my attention that our national flag is printing on items offered by Amazon, an online e-commerce site, he stated. Even the national flag has been put on shoes, which is disgusting.

He went on to say that it appears to be a breach of the ‘National Flag Code,’ and that he has asked the Madhya Pradesh Director General of Police (DGP) to file a complaint against Amazon. Mishra said I have asked the DGP to file FIR against Amazon’s seller and owner.

This isn’t the first time Mishra has ordered the police to file a complaint against Amazon. In November of last year, for example, he ordered the filing of FIR against Amazon seller in connection with the suicide of a young boy who reportedly got deadly Sulphas (an agricultural fumigant that is poisonous) pills through the e-commerce site, according to reports.

Amazon is an online marketplace where third-party sellers offer products for sale directly to customers, and as such is responsible for ensuring compliance associated with the sale of these products. We demand that all items sold on the market follow all applicable regulations, and we take necessary action when they don’t. Amazon is committed to taking any necessary action against sellers who list non-compliant products, According to the company.

The use of the Tricolor on products is against the Flag Code of India, 2002. Some social media users said that such use was an insult to the national flag, while others claimed that it was a cheap way to promote sales and business.